What’s The Difference Between Ferritin And Iron?

Ferritin is a blood protein which stores iron, so is key in identifying low iron levels. 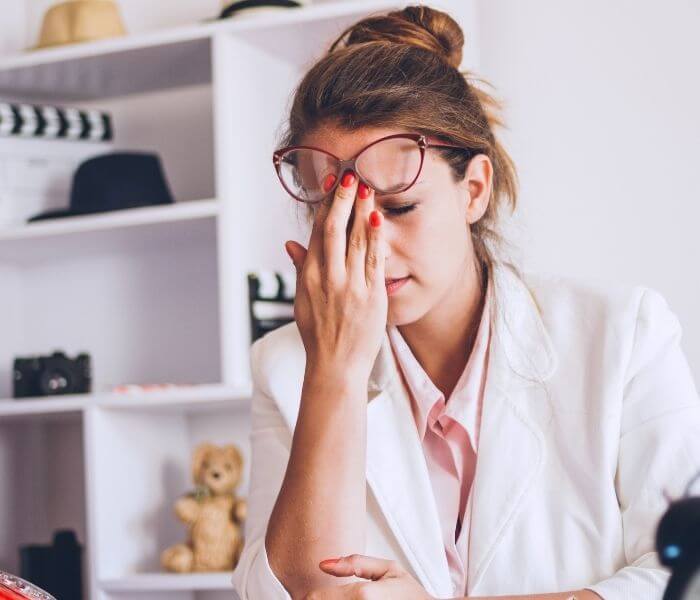 To put it simply, iron is a key mineral within the body and is present in red blood cells that carry oxygen around the body. Ferritin is a blood protein and is the main storage protein for iron, alongside hemosiderin. Ferritin is, therefore, a good indicator of how much iron is stored within your body with low levels indicating iron deficiency anaemia.

Approximately one-quarter of the total iron in the body is stored as ferritin. Ferritin has a vital function in the absorption, storage and release of iron. Most ferritin is found in the liver but it can also be present in the spleen, bone marrow and muscles.

Ferritin Is The Best Indicator Of Iron Deficiency

Ferritin is therefore the best indicator of iron deficiency. By assessing the levels of ferritin in the body, you can clearly identify whether you might be iron deficient or even have levels that are raised. If a ferritin test comes back showing a risk of iron deficiency, further tests may be suggested by a medical professional, including a test for iron itself.

What Are Normal Ferritin Levels?

Normal ferritin levels for women are between 13 and 150 µg/L, and between 30 and 400 µg/L for men, although this can change depending on the laboratory testing the sample. The average result of customers who have used  Forth to test their ferritin levels is 72.93ug/L with 36% of people falling into the lower quarter of the normal range or below.

It is important to note that ferritin levels can be raised in certain conditions, including:

In these instances, the increased ferritin levels are not a reflection of the body’s iron stores.

If you have low ferritin levels, you may experience symptoms including:

Iron deficiency usually occurs because of increased requirements or pressure on the body. For example:

Up to 20% of menstruating women are iron deficient and up to 5% have iron deficiency anaemia. In females, iron status is largely dependent on menstrual blood loss. In Europe, the amount of blood loss resulting from menstruation is on average 30 ml per day which is equivalent to a 0.45mg daily loss of iron.

Because iron deficiency is a nutritional deficiency and is one of the most prevalent in Europe, it is possible to prevent it.

It is also possible for excess iron to occur, too. The ferritin test is used in combination with other tests to check for iron overload. High levels of ferritin are considered when blood levels are greater than 154 µg/L.

One condition which can result from the build-up of iron is haemochromatosis which is an inherited condition and occurs over many years. The iron builds up slowly in the body and causes unpleasant symptoms such as:

If left untreated, the condition can damage the joints as well as organs such as the heart, liver and pancreas.

There are three factors to take into consideration when looking to improve your iron nutrition:

In a diet which includes meat, at least 40% of the total iron absorbed by the body comes from haem iron sources, due to it being absorbed better by the body than non-haem iron. Red meats contain more haem iron than white meats such as chicken and pork and this should be taken into consideration when trying to improve your iron status.

Individuals who only eat non-haem sources of iron should make sure they are getting an adequate intake. There are certain dietary components which can enhance iron absorption, too, such as vitamin C.

Because dietary iron can be poorly absorbed the body has a clever way of conserving its iron stores. When our red blood cells are broken down, the body reabsorbs the iron released from them to boost iron stores. The usual 1-2 milligram daily loss of iron is usually replenished by the absorption from dietary sources in the small intestine.

Ferritin is a blood protein which stores iron and is a good indicator of how much iron is present in the body. The amount of ferritin present in the blood reflects the total amount of iron available to the body for future use. Ferritin releases iron as it is required by the body for many functions including the production of new red blood cells. Symptoms of low ferritin levels include fatigue, weakness, dizziness, shortness of breath and headaches. Whereas, symptoms of high levels of ferritin include fatigue, abdominal pain, unexplained weight loss, joint pain and weakness.

If there are no underlying health conditions causing low ferritin levels, then improving your diet can help improve iron levels and absorption of iron by the body.

Check for iron deficiency with our ferritin blood test which provides an accurate reflection of the amount of iron stored in the body. If you’re feeling fatigued or lacking energy, your iron stores could be low.
Ferritin – Iron Deficiency Test
£39
1 Biomarkers Analysed
Check if you body has sufficient iron.
Buy Test
Learn More

The Importance Of A Healthy Balanced Diet

Are Nutritional Supplements Good For You?

Are Nutritional Supplements Good For You?

The Importance Of A Healthy Balanced Diet