Our busy lifestyles can leave us feeling exhausted, but sometimes there are other things going on in our bodies that may be contributing to the feeling of exhaustion. 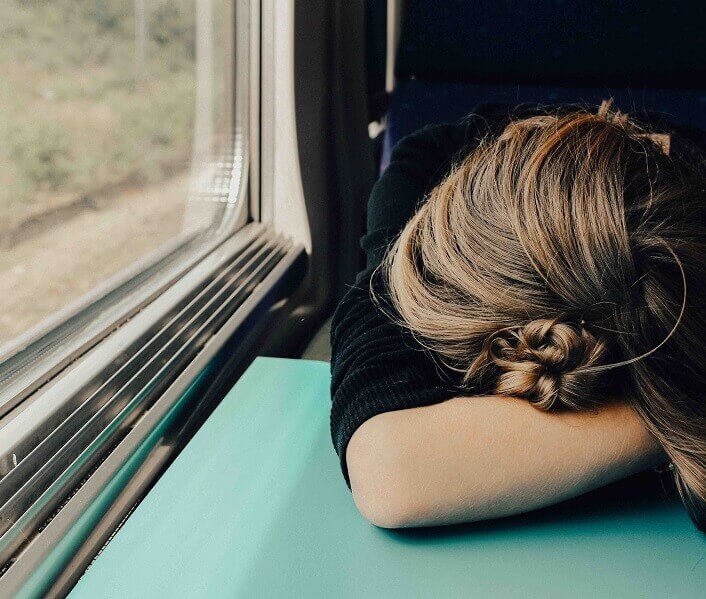 Fatigue is not just the result of our busy lifestyles but can be the symptom of many un-diagnosed health issues. Here’s four of the most common conditions which can severely impact your energy levels:

We take a look at the four main reasons why you may be feeling exhausted – these include vitamin deficiencies and health conditions.

Anaemia is one of the most common causes of feeling run-down. It is estimated to affect 1 in 20 men and 1 in 10 women, the majority of which don’t even realise they have the condition.

Anaemia comes in many forms but the most common is iron deficiency anaemia. Iron is essential for the production of red blood cells, which are responsible for transporting oxygen around the body. A lack of iron will reduce the production of red blood cells, leading to the development of anaemia. As well a lack of energy, other symptoms of anaemia can include dizziness and headaches. However, for many the symptoms are too mild to be recognised which means the condition can go undetected for years.

Forth offers a Ferritin test which can detect anaemia which can be done through a simple at-home finger prick test.

The thyroid is a small butterfly shaped gland in your neck. It produces hormones which control your metabolism and regulates the speed at which your body converts fuel to energy. If you have an over-active thyroid (hyperthyroidism) your body’s metabolism will speed up often leading to burn out, whilst those suffering from an under-active thyroid (hypothyroidism) have too little thyroid hormone resulting in lower energy levels. Either way, you are likely to feel fatigued even after sufficient sleep.

According to the British Thyroid Foundation, thyroid disorders affect 1 in 20 people living in the UK and the risk can be 5 times greater in women, particularly those over 40. Forth offers 2 finger prick thyroid tests to identify thyroid dysfunctions TSH and Advanced thyroid health.

Vitamin D has been in the news a lot these last couple of years and rightly so. Long gone are the days when it was thought vitamin D only influenced bone strength and growth. Recent research suggests that this super vitamin is essential to many aspects of good health including the reduction of symptoms of fatigue.

Unfortunately, many of us are deficient in Vitamin D. There is no precise data on numbers but it is estimated that between 1 in 3 to 1 in 2 of all adults suffer some degree of deficiency. Why? A combination of lack of sunshine in the UK, avoidance of sunshine due to fears of skin cancer and the use of high protective sunscreen, together with the difficulty in absorbing sufficient levels of Vitamin D through diet – all are contributing factors.

It’s easy to test your Vitamin D level with Forth. The test can be done at home and results are available through our online platform within 1 working day of receipt of sample.

According to Diabetes UK one of the main undiagnosed symptoms of the condition is extreme tiredness. Diabetes occurs when the body is unable to convert glucose into fuel. Rather than entering the cells of the body to be converted into energy, glucose builds up in the bloodstream leaving suffers feeling groggy and fatigued. There are over 3.5 million people diagnosed with diabetes in the UK and a further 549k who have the condition but don’t know it.

The most common test for diabetes and the best indicator for pre-diabetes is HbA1c. This test measures your blood glucose level over the previous 2-3 months and indicates how much glucose is being carried into the cells of the body.

So if you are feeling exhausted after the school holidays perhaps it’s time to delve a little deeper and find out if there is something else at play rather than just a hectic lifestyle.

Vitamin Deficiency Statistics UK – How many people are deficient in Vitamins D, B9 and B12?

How Often Should A Thyroid Test Be Carried Out?

How Often Should A Thyroid Test Be Carried Out?

Vitamin Deficiency Statistics UK – How many people are deficient in Vitamins D, B9 and B12?